If you can believe it, we’re still catching up on all the latest Ford news. It’s amazing and humbling to be a part of a car company that does as much for the industry as Ford. As tribute, we’re dropping another link storm on you, so get ready.

“Built Ford Tough” is not a slogan that the blue oval uses lightly when building its trucks, or indeed any of its products. To prove the endurance and ruggedness of the new F-150, Ford put it through some of the most tortuous and torturous testing ever devised. The Seven Channel testing shown above, during which the frame of the F-150 is twisted seven different ways simultaneously, is only one of ten tests performed during development. To see the others and read a press release explaining the tests in full, visit Autoblog.

Inside the Pony Ride

We previously posted about the 50th Anniversary Pony Ride, a huge gathering and caravan of Mustang owners traveling from Norman, Oklahoma to Charlotte. The long drive wasn’t even the main event, though. There was a huge three-day celebration in Charlotte, featuring a reveal of the 2015 Mustang, appearances by Bill Ford, Jr. and Edsel Ford, and the breaking of a Guinness World Record. Read all about the festivities in this insider’s look on the Ford Social blog.

Dave Erickson is the Everyman Driver, and his main mission is to review cars in a layman’s terms. Every now and then, he has a little fun, like last month when he took a 1974 Ford Bronco off-roading in Spokane’s Riverside State Park. The Bronco was Ford’s first ever compact SUV. Dave’s is an orange and black beast, and you can read more about it on the EMD blog.

The Peterson Automotive Museum in Los Angeles has one of the finest collections of cars in the world and right now they’re running an exhibit on, you guessed it, the Ford Mustang. The exhibit is called “Mustangs Forever: 50 Years of a Legend” and is scheduled to run for the next six months, giving you plenty of time to fly out to SoCal. You also have the option to look through this photo gallery on Autoblog.

One 50 Year Mustang Convertible for Charity 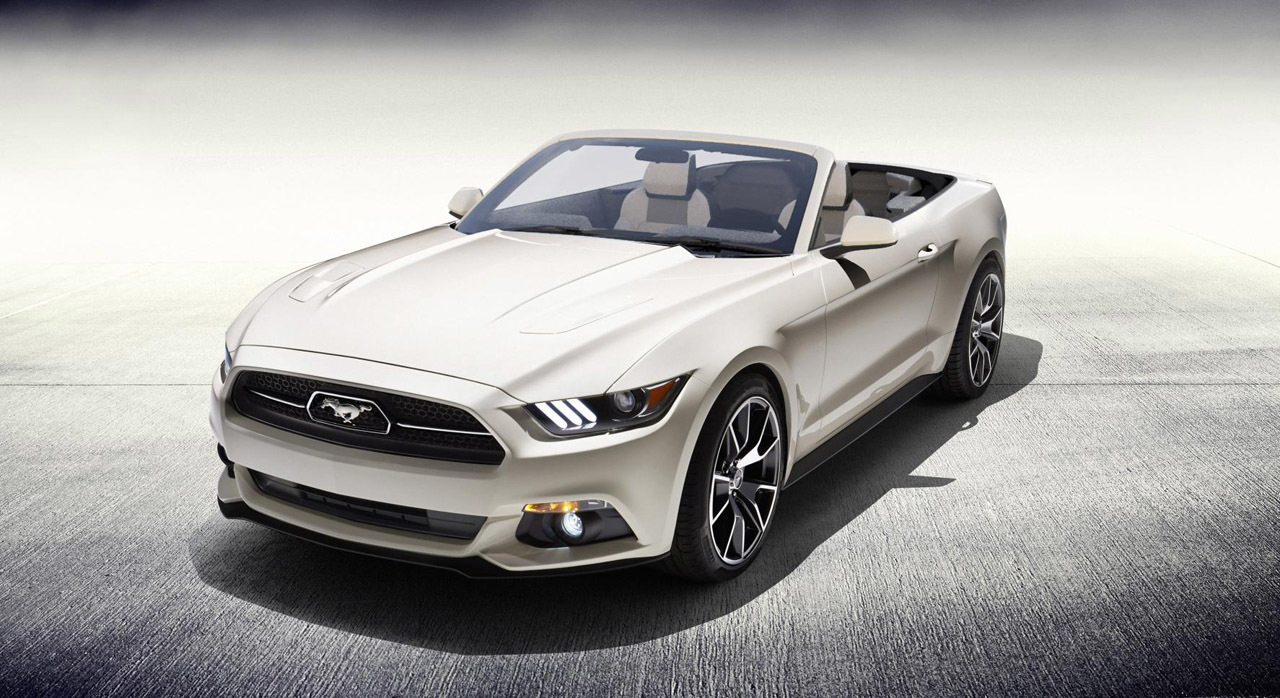 Wrapping things up, we mentioned the 50 Year Limited Edition Ford Mustang last time, but it’s not nearly as limited as this 50 Year Ford Mustang Convertible. The Deerborn automaker is only making one of these. It’s got the special styling and badges that you would expect, plus a serial plaque reading 0001 and Bill Ford, Jr.’s signature. The one-of-a-kind convertible is set to be raffled off for charity in August, with all proceeds benefitting the National Multiple Sclerosis Society. Tickets are $20 apiece. Here’s the full press release.

Twenty bucks doesn’t sound too bad to us, not for a chance at that fine-looking pony car. If you have any questions or suggestions for other news you want to hear about, let us know at Leith Ford in Wendell.