How do you make the best-selling car in the world even better? 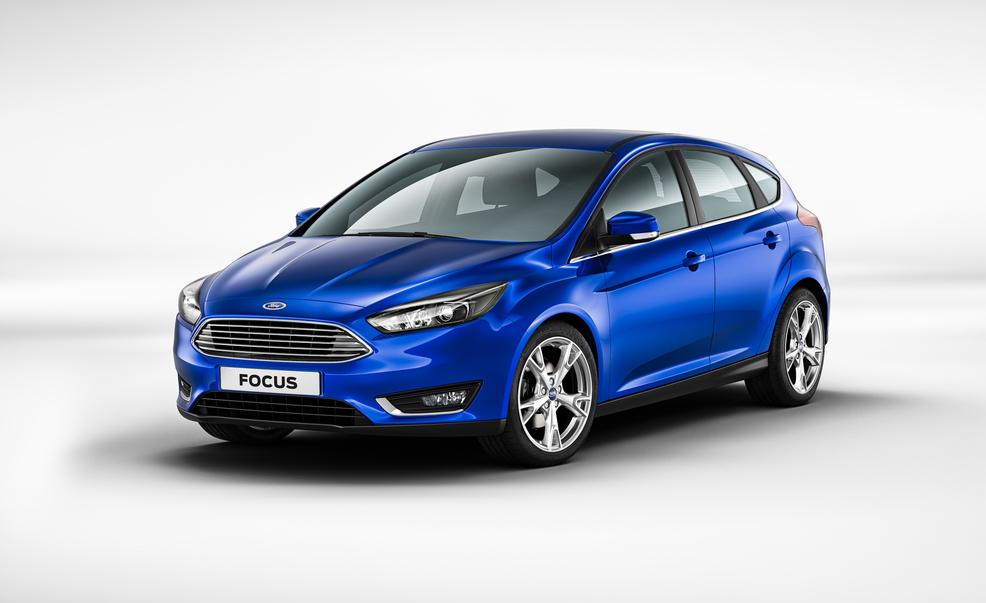 That’s the question that Ford designers and engineers had to ask themselves when tackling the 2015 Ford Focus. They started by reaching out to customers, both those who had bought a previous Focus as well as those who drive a competing car. The answer is simple, really: It has to be fun to drive.

With the idea that the driver has to be at the center of this vehicle, Ford set out to improve everything about the experience behind the wheel. They gave it a striking visual update with narrower, more sophisticated looking headlights, which bracket a grille that rests higher on the front fascia. The rectangular fog lights are new, too, and the rear tail lights have also been slimmed down.

Ford has also introduced its ultra-small 1.0-liter EcoBoost engine to the 2015 Focus. We don’t have any numbers yet, but the same engine powering a Ford Fiesta will give you 123 horsepower and take you 45 miles to the gallon on the highway. The catch here, as autoblog.com reports, is that Ford will only pair a six-speed manual transmission with the 1.0L engine. They say this is also because of customer feedback. Most people prefer stick with a smaller engine. We certainly aren’t opposed. Some even think that driving manual makes us better drivers. There is also a base engine option of a 2.0-liter four-cylinder, which has 160 horsepower and the choice of a five-speed manual or a six-speed automatic transmission.

Car and Driver says in their first look that the interior has also been given a more mature look in this update. Ford’s Sync system works better than ever, and there are a number of other technologies that the designers say are useful without being gimmicky. These are systems like lane-keeping assistance, blind-spot monitoring, parallel-park assist, and also perpendicular-park assist.

The 2015 Ford Focus makes its official debut at the Geneva Auto Show early next month, and is set to go on sale later in the year. If you have any questions about the new Focus, leave a comment, email comments@leithmail.com, or stop by and speak to one of us at Leith Ford.