We’re really excited about the latest technological breakthrough from Ford. Those of you who are ardent followers of developments in steering technology are probably aware of adaptive steering. It’s the next step past power steering, wherein the wheel becomes easier to turn at low speeds and stiffens up when the car is going faster. Some higher-end brands already use systems like these, and now Ford is also putting the finishing touches on its own Adaptive Steering system, with one major difference: It’s smaller. 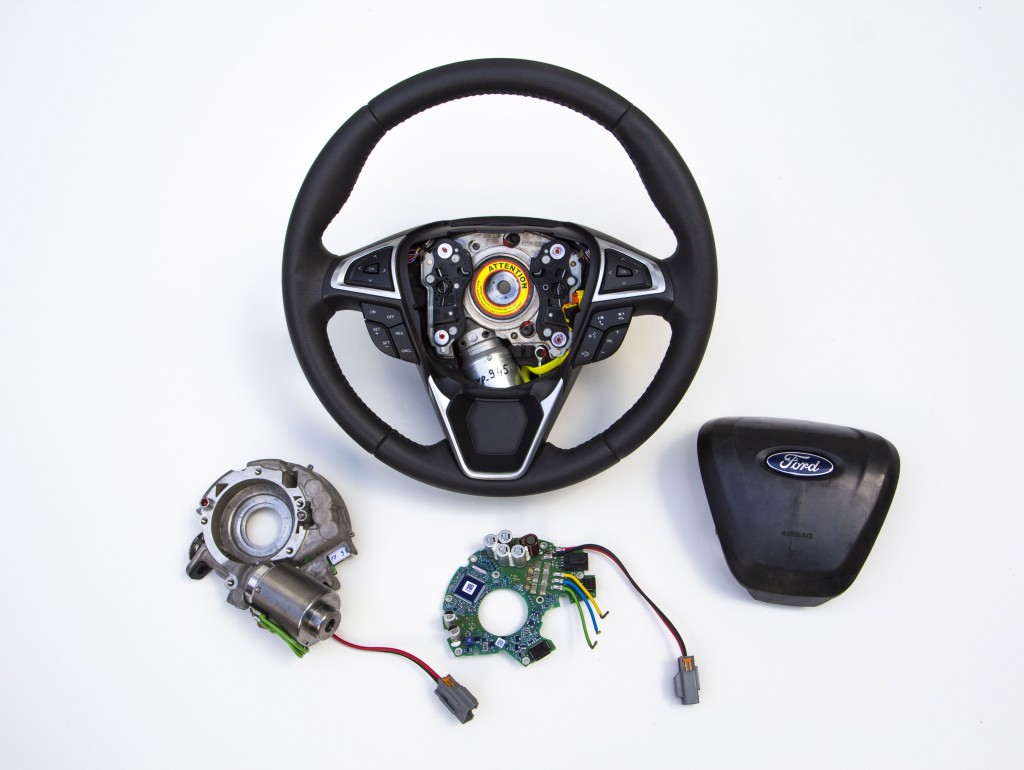 With what Car and Driver calls “the most clever arrangement [they’ve] experienced to date,” Ford’s new steering system is contained entirely within the steering wheel itself. Not the steering column – just the steering wheel. The additional components – an electric motor, a set of gears, a pair of needle bearings, and a circuit board – account for only a two-pound increase in the weight of the module.

The control circuit adjusts tension in the steering wheel based on both how fast the vehicle is moving and the position of the wheel itself. To see the system in action, watch the video below:

For anyone who doesn’t know the advantages of a system like this, think about driving through a parking lot. You want to be able to maneuver your car with minimal effort into what could be a cramped tiny space while still being very precise. With Ford’s Adaptive Steering system, you’ll be able to turn the wheel with as little as a finger. Now think about driving down the highway. You want to switch lanes, but don’t want to jostle everyone in the car when you do. At high speeds, Adaptive Steering will ensure you don’t oversteer as you glide over into the merging lane.

There’s no word yet on which model the Ford Adaptive Steering system will debut on, but Car and Driver says it should be compatible with any car marked by the blue oval. For more technical details, read their first-hand account of trying out the system, and for other Ford news, continue to follow Leith Ford.